Ethereum and the aggregated crypto market have seen some weak price action throughout the past several days, with Bitcoin’s inability to hold above $10,000 creating a headwind for the entire market.

It is important to note that ETH has been able to show some slight signs of strength today, as its price tapped lows of $325 before incurring an influx of buying pressure that allowed it to surge higher.

It’s still too early to say whether or not this is emblematic of a bullish trend reversal, or if it is simply a dead cat bounce that will be followed by further downside.

One analyst is still expecting Ethereum to plunge towards the sub-$300 region, although he notes that a move to $270 should spark another uptrend.

At the time of writing, Ethereum is trading down over 5% at its current price of $335. This is around the price at which it has been trading throughout the past couple of days.

Earlier today bears forced the cryptocurrency as low as $325, which is where it found some heavy support that allowed it to rebound to its current price region.

This rebound has shown some signs of faltering already, and all eyes are closely watching to see if Bitcoin can recapture $10,000 and post a daily close above this crucial level.

Analyst: ETH Likely to See $270 Before Uptrend Can Begin

While speaking about Ethereum’s present outlook, one analyst explained that he is watching for a movement to $270 before the next part of its uptrend begins.

“ETH – So far so good. Levels holding well. Potential further drop to $270 but I have that pegged as an epic buy / not expecting much lower. We are in buy the dip territory as per last update. Looking forward to the next pamp,” he explained. 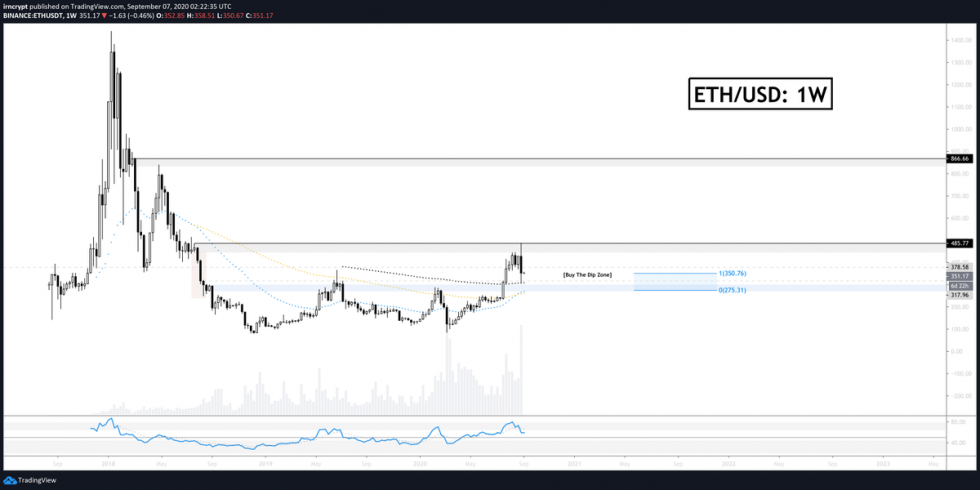 Where Bitcoin trends next will likely have significant impacts on Ethereum and the entire market, which means that it is vital that BTC recaptures $10,000 for ETH to guard against further downside.

Hello, Guys welcome to Crypto Guruji ; In this video I will show you how can you mine free Litecoin without any deposit ☑️ Link… Now this site is not paying … source YouTube

Despite navigating down towards its crucial support at $220, Ethereum’s buyers were able to defend against a break below this level The cryptocurrency now appears to be well-positioned to maintain above this level in the […]