A bullish comment on gold by a top Bloomberg Intelligence analyst could leave Bitcoin in a similar upside spell.

The firm’s senior commodity strategist, Mike McGlone, said in his August update that he expects the precious metal’s price trajectory to accelerate. The analyst took the upside cues from “favorable macroeconomic fundamentals,” led by a bearish US dollar and expectations of a correction in equities.

“When bear markets in the dollar and equities arise, gold will gain substantial tailwinds,” he noted.

Gold hit an all-time high earlier this August after breaching over its 2011-high of $1,920 an ounce.

The precious metal later pared part of its gains on growing selling pressure near its top. While many analysts saw the correction as the end of the Gold bull run, some like Mr. McGlone made their bets in favor of continued upside momentum.

In his August note, the strategist that gold is in the early stage of what appears like a long-term bull run. He stressed on the ongoing financial crisis that has prompted central banks to launch open-ended quantitative easing programs.

That has so far created a negative pressure on the US dollar–and has “accelerated gold’s upward trajectory.” 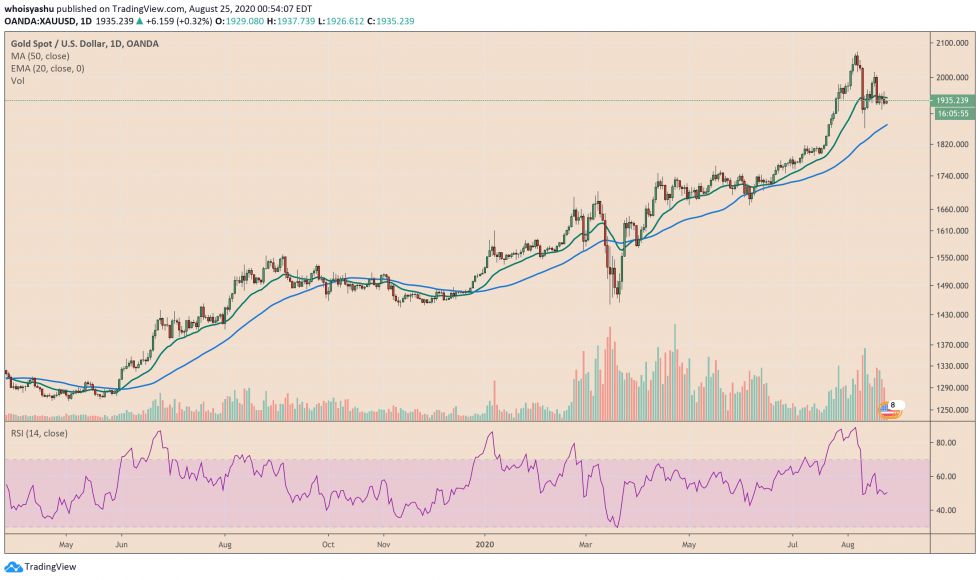 The gold chart on TradingView.com shows XAUUSD in a minor upside rebound

He added that the precious metal could at least hit $3,000 in the current bull run on fears of higher inflation.

The analyst said in its June update that the cryptocurrency could hit $20,000 by the end of this year, citing increasingly favorable fundamental and technical factors. They included its maturity as an asset, followed by its rising futures open interest and more buy-and-hold strategy among institutional investors.

“Bitcoin ended 2019 at about $7,000, near the bottom of its range, favoring a shift toward the peak. Last year, the high was about $14,000, which would translate into almost double in 2020 if rotating within the recent band,” Mr. McGlone explained.

“Something unexpected needs to happen for Bitcoin‘s price to stop doing what it’s been doing for most of the past decade: appreciating,” Mr. McGlone commented last week. “Demand and adoption metrics remain favorable vs. the crypto asset’s unique attribute of fixed supply.” 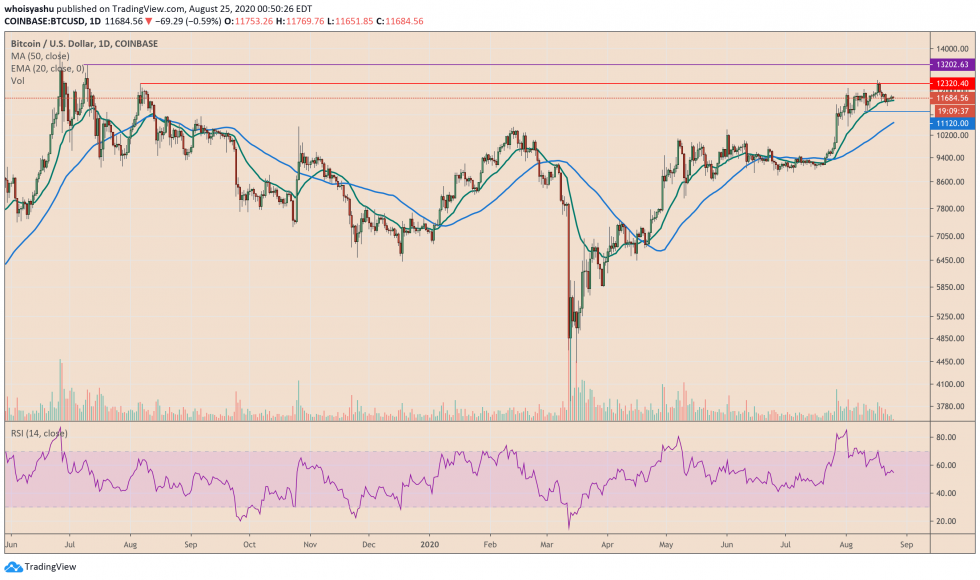 The statement came as Bitcoin, like gold, experienced a sizeable sell-off albeit, at its year-to-date high above $12,000. The cryptocurrency later corrected lower but maintained its support above the $11,400-12,000 range. That allowed many analysts to predict a continuation in its 2020 price rally.

Bitcoin was trading at $11,684 at the time of this writing, down 0.59 percent during the early Tuesday session.

It’s Halloween today. It’s also the day when anonymous cypherpunk, Satoshi Nakamoto presented the idea of Bitcoin to the world, 11 years ago. The whitepaper released since then has become a model for censorship-resistant finance. […]