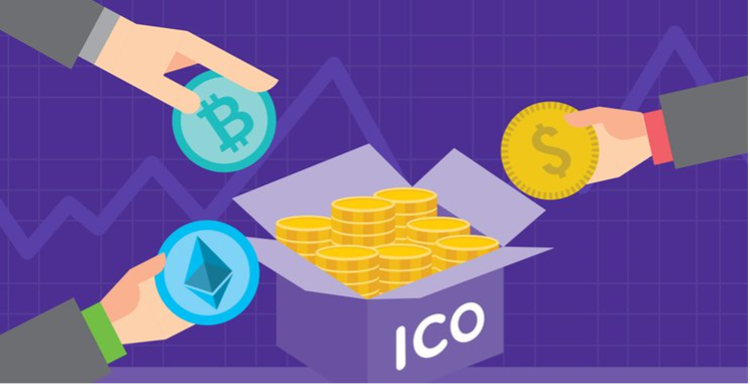 ICOs: How They Work and How You Can Participate in Them

Traditionally, startups raise funds by seeking out investors who will fund their projects in exchange for a stake in the company. One common way for traditional fundraising is through an Initial Public Offering (IPO). Getting this funding can be difficult for businesses and investors alike. In the crypto space, there is an alternative; the Initial Coin Offering or ICO for short.

An ICO is a new and disruptive approach for a firm to raise funds. A crypto project can generate funds without giving up any of its assets to investors. The firm creates a new token and invites people to buy it before releasing it to the public market.

The tried method for a technology startup to raise funds is when the startup sells a portion of their ownership stake to a venture capitalist in exchange for money. The venture capitalist purchases the stake hoping that their investment will be worth more in the future than the money they paid now.

With the uptake of blockchain technology, these startups have found a new, democratic, transparent, and faster way to fundraise using cryptocurrencies or tokens. The startups create tokens on the blockchain and then distribute them in return for monetary contributions. These tokens serve multiple functions across the blockchain network as either security tokens or utility tokens and may be traded on cryptocurrency exchanges for fiat currency or other coins.

Generally, an ICO’s unique selling proposition is that many people will embrace a project so much that the value of the tokens will rise. The ICO process can be summarized as follows:

Pre-Announcement: In this stage, the upcoming project is marketed on platforms popular with crypto investors. The project team prepares a whitepaper – a technical document presenting a summary of the project’s specifics to the prospective investor. The whitepaper is distributed to these crypto-focused websites and social platforms frequented by cryptocurrency investors.

Offering: In this phase, the team releases the final version of the whitepaper, laying out the conditions of the ICO contract. The proposal will offer investors information about the project, including the target amount, and project dates from the roadmap. It will also specify the type of asset offered during the ICO, which is often tokens. After signing off the contract, the team announces the ICO start date, and the marketing team initiates a vigorous strategy to spread the word about the offering.

Marketing Campaign: This phase is vital for the ICO as it directly contributes to the public’s awareness of the ongoing project and its potential to raise the necessary funds. Since most crypto startups are less known, deploying a marketing agency for this phase will increase the potential success of the ICO campaign. These campaigns often target individual and institutional investors. Top strategies for a successful ICO include: building a community, airdrop campaigns, and ICO listing on ICO calendars. As the campaign draws to a close, investors can start buying the tokens.

The ICO Campaign: Crypto projects issue tokens in one of two main ways. First, the project collects the precise capital it targets to raise as specified in the offer and then distributes the cryptocurrencies to investors proportional to their initial investment. Secondly, the project may opt to sell tokens on cryptocurrency exchanges, releasing them to multiple trading platforms for trading. Immediately after completing the sale, the project starts to fulfill its commitments to investors.

How You Can Participate in an ICO

For the investor, participating in an ICO is an investment like any other. It requires you to be well-informed of the project. Since ICOs put out information on their project, making informed decisions regarding a project is simplified.

After selecting your favorite project, you can create an account on the project’s platform, perform all necessary tasks required and start purchasing tokens. Whether the project is appealing, conduct due diligence to ensure the project has limited risks with growth potential. Look out for these pointers:

Startups have simplified the ICO process by leveraging online wallets, allowing investors to send funds directly to the ICO wallet in exchange for the project’s tokens. As an investor, ensure you secure your wallet – keeping your wallet’s private keys protected to eliminate vulnerabilities that could result in the theft of tokens.

ICOs have accelerated innovation in the crypto ecosystem, generating funds for building new and exciting blockchain tools. Some top tools that have benefited from ICOs are Bancor, Filecoin, Tezos, EOS.

Here are some ways that ICOs benefit startups:

During the 2017 ICO boom, nearly half of ICO projects failed as get-rich-quick schemes thrived on highly unregulated campaigns. Concerns remain regarding the regulation of ICOs to curb the scams, with many countries set up frameworks to resolve the problem. Even then, the offerings continue to assist businesses in developing ideas and products for the crypto world. The campaigns also drive blockchain adoption into mainstream enterprises.